The rise of the novel coronavirus outbreak has upended life across the globe and contributed to a wide-spread sense of uncertainty. Due to major disruptions to people’s daily lives, the potential impact of the outbreak on the world economy, and constant media coverage of COVID-19, many are struggling to cope with the stress and anxiety related to the situation.

Read on for five tips to help you establish a sense of normalcy and maintain your mental health during this time.

Click here to read this full article from phychology.org

The City of Semmes as of March 23rd, 2020 at 3:30 PM is in an official state of Civil Emergency due the the worldwide COVID-19 (coronavirus) pandemic.

You can still call us, fax us, or email us.

We will be updating our facebook page as things change.

Thanks for your understanding!

The City of Semmes wishes to communicate the following information regarding the Pandemic outbreak associated with the COVID-19 (Coronavirus):

The Centers for Disease Control (CDC) is recommending people do not attend any gathering of 10 people or more to help halt the spread of COVID-19 (Coronavirus).  Please wash your hands several times a day with warm soapy water and use hand sanitizer with an alcohol base of between 60% – 100%. If you start having symptoms that are flu-like, stay home and consult a physician.   The Centers for Disease Control’s website is https://www.cdc.gov. Please visit the CDC’s website if you would like additional information.

Semmes is a wonderful community.  I fully understand that this will be a challenging time for our City.  I know that we will all work together to get through this and continue to move our City forward.  Please feel free to contact me or any of our Council Members if we can be of any other assistance.

We have been in touch with the City of Mobile to find out if there are any restrictions at present for boarding the Carnival Cruise Ship in Mobile.

At this time, the following steps are in progress:

1) You must fill out a medical questionnaire before boarding the ship.
2) Currently, they are prohibiting anyone to board if they have been to one of the affected countries within the past 14 days.
3) They are performing thermal scans upon entering. If you are found to have an elevated temperature, you will be evaluated by the medical staff.
4) Additional hand sanitizing stations are being placed throughout the ship. The ship is sanitized between cruises.

The public is hereby notified of the

*The purpose of this meeting is:

*To Consider the Priorities and Fund Allocation for

email the City Clerk at debbiehanbury@cityofsemmesal.gov

visit us online at www.cityofsemmesal.gov

The Alabama Office of Water Resources (OWR) is working with FEMA Region IV to identify and assess the risk of flooding in the Coastal watershed and to produce updated Flood Insurance Rate Maps (FIRMs).  Alabama OWR has also prepared a Community Outreach Plan to assist local communities in communicating flood hazards and risks to the citizens within the watershed.  This plan identifies a variety of outreach methods to engage, educate, and inform communities and citizens of the benefits of new Flood Insurance Rate Maps and their potential effects.

As a local official, OWR would like to keep you well-informed of the mapping update and outreach implementation process.  The first implementation step of the Community Outreach Plan is the distribution of Information Flyers to the (1) General Public; (2) Development Industry; and (3) Lending/Insurance/ Realty Industry.  The Information Flyer is the first of 5 flyers that will be prepared and distributed throughout the mapping process and will coincide with the following phases: (1) Discovery; (2a) Map Production – Engineering Analyses; (2b) Map Production – floodplain delineation; (3) Preliminary FIRM and Flood Insurance Study (FIS); and (5) Effective FIRM and FIS.

All comments or appeals must come to our office through the local community official before the end of the appeal period.

In Chapter 3 of the attached ‘Guide for Community Officials’ you will find helpful information which deals specifically with appeals.

Please contact me by phone at 334-353-5061 or by email at casie.pritchard@adeca.alabama.gov if you have any questions or specific community outreach needs

First City Council Meeting in January is rescheduled for January 3, 2018

The City Council Meeting was rescheduled due to City Offices being closed on New Years Day.

For further information:
Call City Hall at 251-649-8811
or
email the City Clerk at debbiehanbury@cityofsemmesal.gov

The preliminary copies of the Flood Insurance Rate Map and Flood Insurance Study report for Mobile County and incorporated areas are out for public review.  No new flood hazard information has been presented for our community.

If you would like to review the maps, you may do so by visiting the City Hall Building at 7875 Moffett Road, Suite F or the Public Works Department at 3940 Illinois Street, in Semmes.

You can also view the digital maps on the FEMA website at www.fema.gov/preliminaryfloodhazarddata or www.adeca.alabama.gov/floods

If you have any questions, please feel free to contact the City Clerk’s Office at 251-649-8811 during working hours.

Did you know that approximately 33% of all traffic accidents that result in State assistance in Mobile County take place on Moffett Road?

City government’s main goal is to keep its citizens safe and something had to be done.

The City partnered with ALDOT and hired a traffic engineer consultant to perform a traffic study. The study consisted of traffic counts, field reviews, capacity analysis of peak hour traffic conditions, and a review and analysis of recent crash data.

The City believes that changes made to the Moffett/McCrary intersection will improve safety by providing better visibility, improve the flow of traffic, and reduce the number of un-safe turning movements.

We would like to thank you for your patience and understanding during construction and want you to know that this entire project was created to improve safety for the citizens of Semmes. 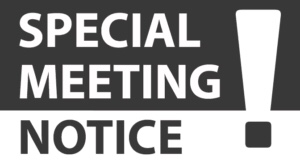 There will be Special meeting at the

The Mayor and City Council have renegotiated the MCSO contract for 2017/2018. Additional patrol coverage has been added in response to recent criminal activity in the Semmes area. Three more Sheriff patrols have been added to police the City of Semmes and it’s surrounding police jurisdiction. If you suspect criminal activity in your neighborhood, you can report any suspicious activity quickly through a link on the City of Semmes website, which will connect you directly with the MCSO’s crime tip section of their website.

ALDOT TO RESUME CONSTRUCTION ON HIGHWAY 98 IN MOBILE COUNTY

Mobile, Ala. – The Alabama Department of Transportation (ALDOT) will resume construction of the US-98 and SR-158 extension projects in Mobile County beginning with the Big Creek Bridge Extension Project on Sept. 11.

The project scope will include adding an additional 1,400 linear feet of bridge on US 98 over Big Creek. The bridge will be equipped with a runoff containment system and tall barrier rail for water quality and watershed protection purposes. The $5.5 million project was awarded to Tanner Inc. from Laurel, Miss. and is expected to be completed by fall 2018.